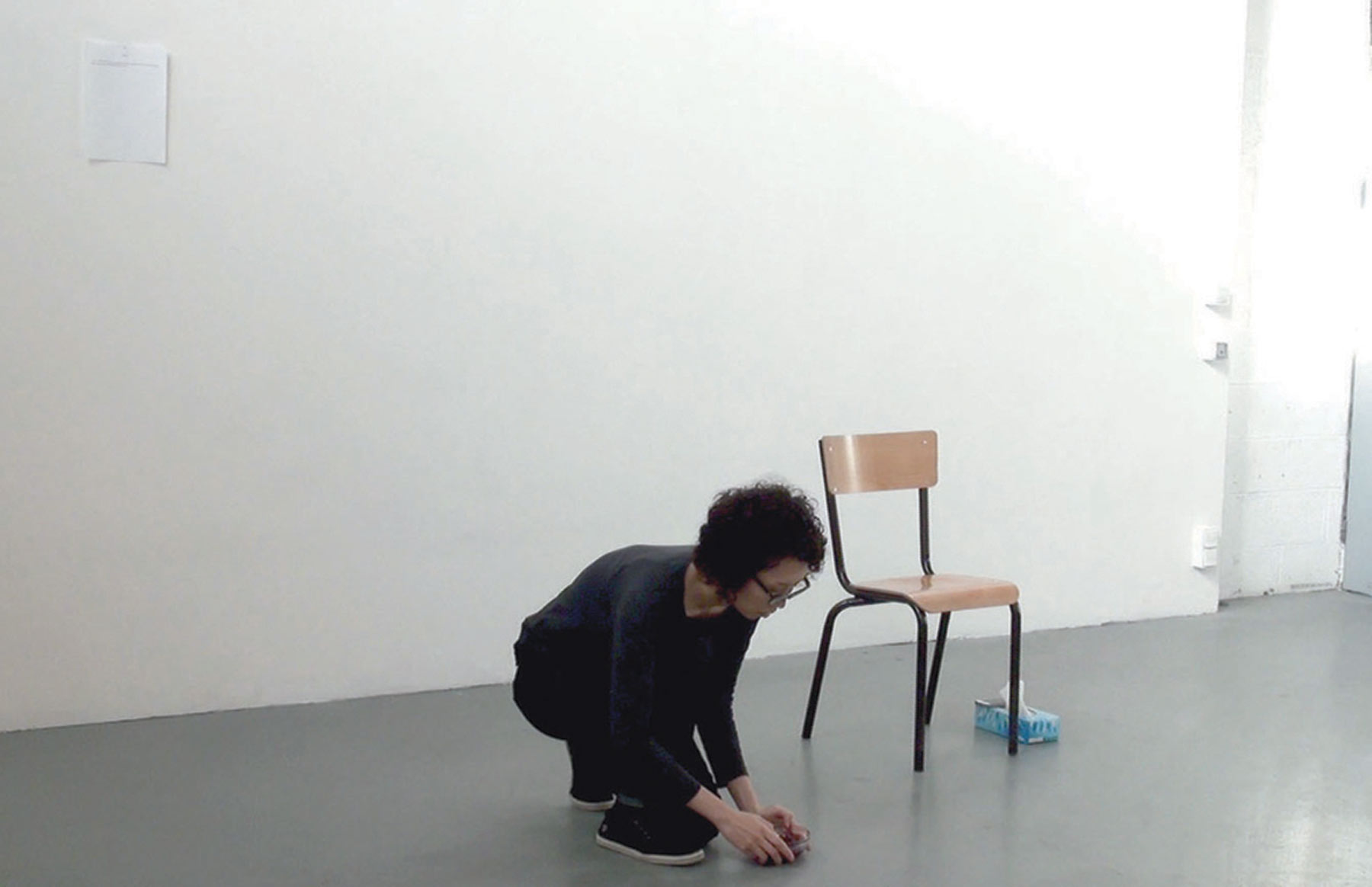 During the performance, I explain in Japanese how I became French after being Korean, to the audience that does not understand the Japanese language. By the form of «telling», I tried to produce a temporary micro-community between myself and audiences with whom we do not have the same language, that is, the same rule of communication.

how I became a French woman
solo-performance, 10′, 2014
MULHOUSE 015, Biennale for Young artists from Europe, Mulhouse, France